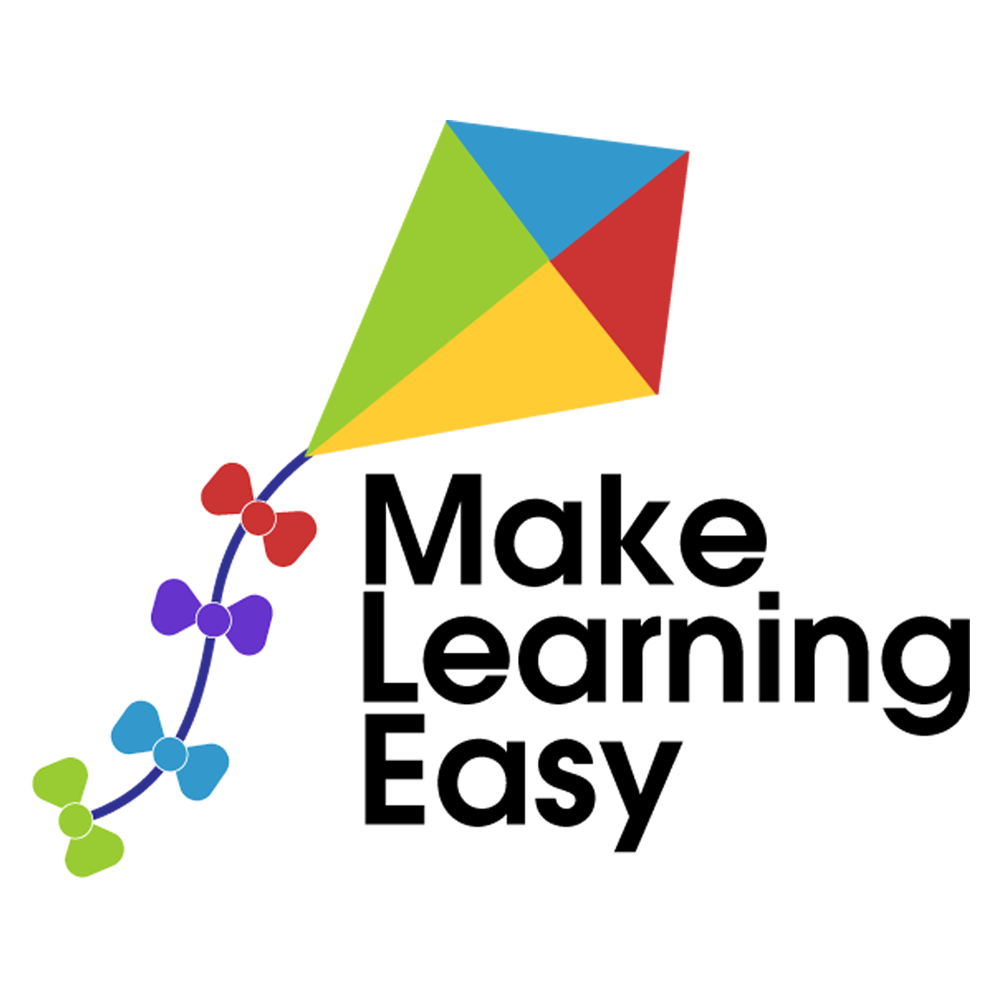 Sound and neurological therapy for the treatment of developmental disorders

“Full of fear. My daughter Amy suffered from terrible anxiety, We as a family, were at a low ebb. Carmel sorted her out and we are eternally grateful!”

“Dear Carmel- Unfortunately, due to other circumstances, I am not able to be with Jonathan today. I want to let you know that all the things you asked me to do are being done and have made a real impact. I can’t thank you enough because I know the struggles that Jonathan has had over the years. The feelings of having his head fried seem to have almost disappeared. This had become nearly a daily problem after work for Jonathan. To find a solution is incredible.
Thank you so much!”

“Hi Carmel- It’s Alison Higgins from Letterkenny. I’m now in my first year studying Law at the University of Ulster. I want to thank you for all the help you gave me four years ago….. SUCH a difference it made! Thank you so much for everything.”

“Thank you so much!
Words can’t express enough our gratitude for all your help and support with Isaac. You’ve awakened him out of his own little bubble and given him confidence and enhanced his mental ability to succeed. Now, there is a spark in Isaac’s eyes and his whole personality and character has blossomed. Isaac is so quick witted now and gets jokes, he talks about his day at school remembering every detail! Before starting this therapy he barely spoke and telling me about his day was near enough impossible as his short term memory was so poor. Both Colin and myself are happy for you to pass on our contact details if any other parents would like to hear our story.

I’m sure Isaac can reach for the stars now and with hard work achieve whatever his heart desires.
You have given him belief in himself.
Best wishes for your future work Carmel!
Love Gillian & Colin Morrison XX Castlerock.”

“My son behaved like a time bomb ready to explode! We had tried many therapies to no avail. Thanks to Carmel, he is now calm and controlled.
A very appreciative mother.
Larne.”

“It’s hard to put into words how grateful I am for everything Carmel has done for my son. Through her meticulous therapies, she has unlocked the potential that I knew was there all along. My son has improved immensely academically and personally and both he and I now feel that he can face the way ahead on a level playing field with his peers.
Very grateful parents.
Ballymena.“

“In May 2005 I had pneumonia after which I began to suffer from ‘post viral fatigue’ or ‘ME’. After months of discomfort I was put in contact with Carmel who discovered that I had retained a specific primitive reflex that was causing me emotional havoc. She set me a series of exercises that helped me greatly. All the exercises and effort were definitely worth it as they’ve changed my life for the better. Thank you Carmel.“

“Hi Carmel!
Don’t know if you really remember me that much but a few years ago, I went through several therapy sessions with yourself and I just wanted to let you know how I’m doing. I’m currently studying environmental sciences at University after receiving my A level grades of BCC. I also received nine B’s and one A in GCSE’s. Honestly Carmel, I just wanted to thank you so much because I firmly believe without your help, I wouldn’t have achieved any of this. I’m currently surrounded by an amazing group of friends and having an amazing time of it. You do everyone a great service and you deserve all the thanks you can get. Hope you are well. Many thanks!”

“Just to let you know that Jack got first in his literacy test and third in his numeracy test at his new school – believe it or not! He is delighted with himself, so are we! Thank you, Grateful parents, John and Rebecca, Enniskillen.”

“I just wanted to let you know that Shane starts Biomedical Science at Queens in September. He is doing really well! He was able to do a bit of inter-railing in July! He has also been climbing mountains, visiting Donegal and he does set dancing every Wednesday night which he absolutely loves! The transformation is amazing and is wonderful to see. Carmel, I just wanted to say thank you. You are one of a few very special and lovely people who have helped Shane to get to where he is today. Keep up the wonderful work and stay in touch! Lots of love!”

“Carmel I can’t thank you enough for the help you gave Samuel through your sound therapy work. Samuel is transformed beyond belief! His auditory processing problem has disappeared! He can now follow instructions accurately and spell correctly and he’s excelling at school – thanks to YOU!”

“Our two sons James and Ethan were born on the 5th April 2005. Everything had initially seemed fine with both boys, but my wife and I soon became aware that James appeared to be very floppy and not as strong as he should have been. It was after a spell in hospital (completely unrelated) that the doctors began to have some concerns over James.
We then found ourselves in the position where we had appointments with various health professionals. James had been diagnosed as having “low muscle tone”. We then had sessions with physiotherapists, dieticians, neurologists and occupational health visitors. After a very stressful 9-10 months, we were advised to go and see a kinesiologist who gave us an explanation as to why James had low tone. This was related to placenta failure in gestation. After several sessions we were advised to seek cranial therapy and through them we made contact with Carmel.

Carmel carried out an initial assessment on James and felt that he had at least two retained reflexes which were contributing factors in his behavioural, physical and social difficulties. Many people had begun to raise the issues of autism and special needs. With Carmel’s guidance we began a programme of physical and audio exercises, the effects of which were almost immediate.

Over time although hard work for James (and us!) he changed from a frustrated, angry anti-social little boy to a contented, happy sociable and clever boy. Mind you, he still has his moments (but don’t they all?). We really can’t thank Carmel enough for all she has done for us, and would be more than ready to recommend her to any parents anywhere.”

“To all frustrated and anxious parents, help is at hand. No matter what label your child has been given, you will see your child change. In just 3 months Richard has improved in so many ways and all for the better. Richard who is 8 ½, has a diagnosis of Asperger’s Syndrome. His concentration, co-ordination and confidence have so improved. Thank you Carmel for all your support and genuine care- looking forward to the months ahead.”

“Just wanted to thank you for the help and understanding you gave to Matthew over the past two years. To quote Matthew, he feels ‘more joined up’, and I think this sums up what your work is about! Matthew did well in his GCSEs. One A*, two A’s, and 6 B’s. An A in English literature! A lovely surprise given his diagnosis of dyslexia! He is doing his A levels now, hoping to do accountancy. I can’t tell you how much your input changed his life and I wish you every success with your work in the future. I hope you and your family are well and happy.”

“My daughter has been attending Carmel’s clinic nearly a year, during this time we have been given exercises to do on a daily basis with her. There has been great progress made especially with her maths work, this was our main concern with schooling work as she had no concept of any number work. We have also noticed she is much better at concentrating and has become much steadier on her feet. Many things we have tried, spending a lot of time and money, this is the one thing which seems to be working. In March, Erin is starting Johansen Sound Therapy with Carmel – looking forward to more changes! Thanks so much for your help.”

“Hi Carmel, just a wee text to say I passed my 4th year exams with merits. I will become a fully fledged vet! Thank you so much for your help and hope you’re keeping well.”

“Hi Carmel – We just wanted to let you know Peter got 9 B’s and 1 A in his GCSEs. He’s well chuffed and back for A Levels now. Hope you’re doing well and helping lots of fab kids.“

“John and I are amazed at how our son has changed! He gets up in the morning for school with a smile on his face. He has gone up two reading groups at school and has become quite a popular boy! Thanks so much Carmel for all your help.”

“Just a little note to thank you for all your hard work and dedication you showed to John and Ruth. Ruth has really settled down and is doing a catering course at the Tech. John goes to the training centre and is very happy with it. I am so pleased that they are content and are enjoying their studies. Thanks again for all your help!”

“I just want to thank you for all your dedication towards Tom. He is transformed, up in the morning and able to go to school happy and when he comes home, all is well with him. No meltdowns anymore!”

Make an appointment today, and take the first step to a more fulfilling and confident life for your child. Call us on